Experience authentic local Thai food as the locals do with a guide who is also a foodie!

Experience authentic local Thai food as the locals do with a guide who is also a foodie!

You’re in Thailand! Forget about eating in restaurants catering to tourists, where food is adapted to suit the tastes of foreigners.

The real way to appreciate Thai food is to eat what the locals eat! Mingle with the locals and know what it’s like to be a Thai. If the locals love it, you know it’s good!

Your English-speaking foodie guide will take you on a private tour to three local markets where you will get to explore a plethora of excellent street food.

This will give you a real taste of not only authentic Thai delicacies but also immerse in the local lifestyle.

We suggest you join us with an empty stomach as a feast awaits you!

When the city was founded, walls were built around the city to fortify it and protect its inhabitants. During that period, most cities were built according to traditional astrological and religious principles. The walls, gates, and moats were constructed to appease the spirits and gods to get them to protect the city. To this day, ceremonies and festivals are held, dedicated to these protective spirits. Over the centuries, much of the walls and gates were destroyed or dismantled. Efforts were made during the modern era to preserve and reconstruct them. Today, the ruins will give you an idea of what the old city may have looked like more than 500 years ago. The four gates that remain are Tha Pae Gate, Chiang Mai Gate, Chang Puak Gate, and Suan Dok Gate. Tha Pae Gate

This is one of the most famous landmarks in Chiang Mai. The gate is part of a fortress that once defended the ‘Old City’. There is a public square that hosts a variety of events, including regular live music and cultural shows throughout the year.

Foreigners living in Chiang Mai know it as the ‘East Gate’ of the Old City. Situated between Rachadmnoen Road and Tha Phae Road, it's well known for its live music on Saturday evenings. You can also enjoy great food from a variety of vendors.

Known to the locals as ‘Pratu Chang Puak’, where ‘Puak’ is pronounced, ‘Perk’ with the ‘r’ being silent, this is the northern gate of the Old City.

Originally called the Hua Vieng Gate, it was the first gate of the first wall constructed in 1296 by order of King Mengrai to fortify the city of Chiang Mai and protect its people. It was then used by royalty to make their grand entrance into the city.

There is an evening market at Chang Puak Gate that is always busy and offers an array of authentic Thai and Lanna food. You will find vendors setting up their stalls before the sun sets and carry on till late in the night.

Prices are inexpensive as in most street food markets. You will be spoiled for choice with the variety of delicious food on offer here. One stall known throughout the world is the ‘woman in the cowboy hat’, which serves an amazing pork dish. There is always a long queue so be prepared to wait in line. It’s a worthwhile wait.

The south gate or Pratu Chiang Mai is famous for its street food at night. It was formerly called Pratu Tai Wiang and is close to the popular Saturday Night Market where a whole street is closed to traffic so shoppers can enjoy a safe and relaxing walk while browsing, shopping, and eating. If you have been in Thailand for any period of time, you will know that food is the main feature of every market.

This is a great place to enjoy local food as this market attracts more natives than tourists. There is something for everyone. For the more adventurous, there are the more bizarre offerings such as bugs and bamboo worms, to name a few. 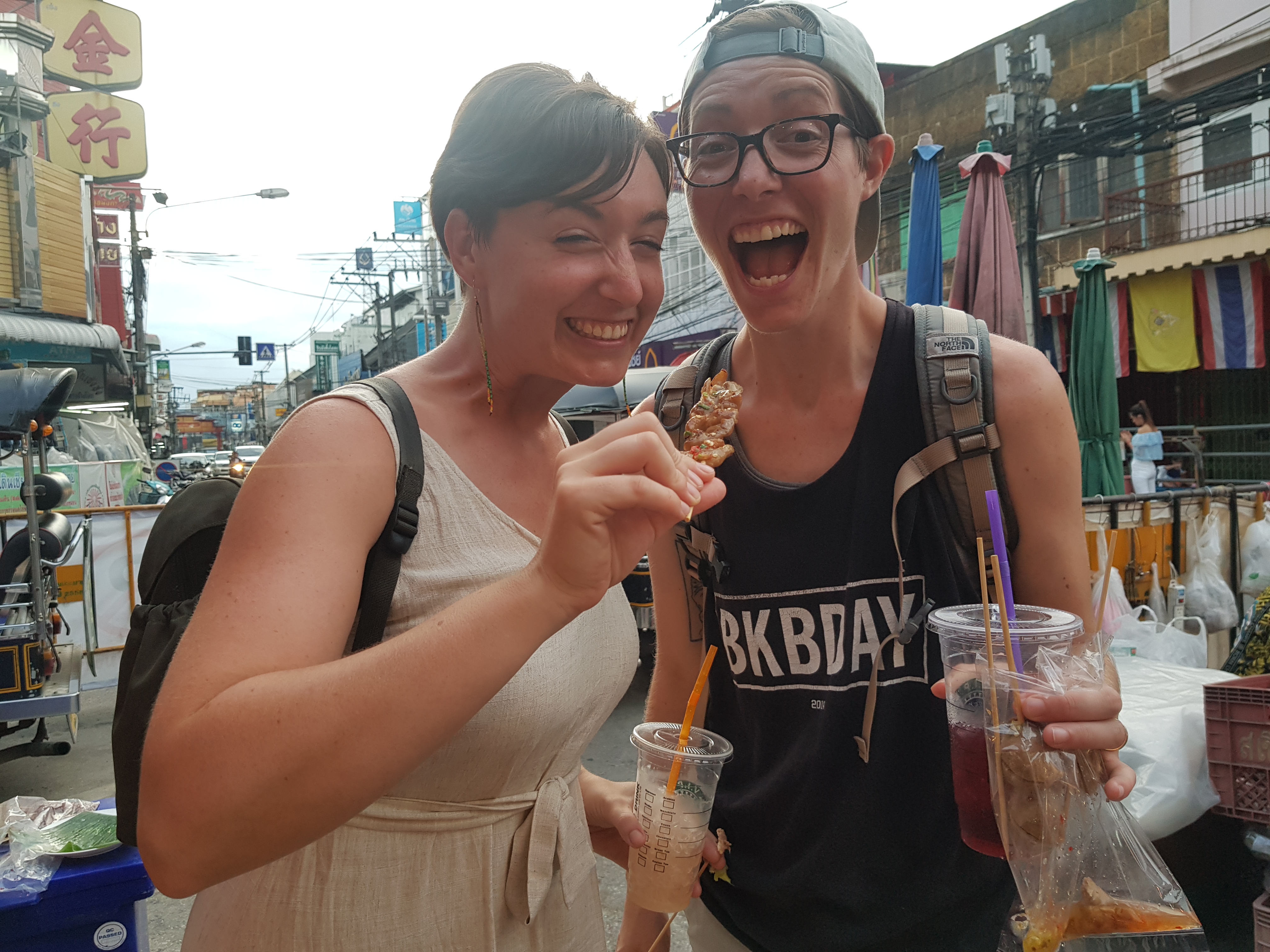